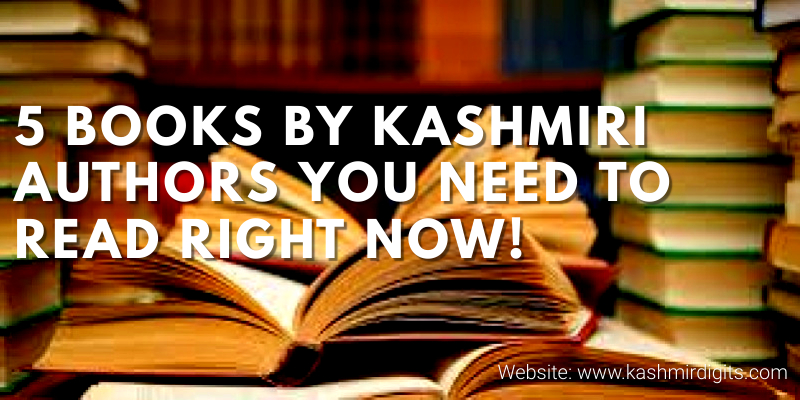 Literature of a society defines it’s culture, history and depicts the raw reality that lies within acting as a time portal to showcase the formation and evolution of the present times.
In this regard there has been some really rich Kashmiri literature in the yesteryear and here we take a look at five books by Kashmiri authors that you need to read straightaway.

1) The Country Without a Post Office: Agha Shahid Ali.

The first entry in the list is an anthology of poems as written by renowned Kashmiri-American poet Agha Ali Shahid. While most of his earlier works are also quite famous, this one features here for the sheer fact that it became a symbol of freedom.

The book features a letter called ‘Dear Shahid’ which showcases a world where no news is reported and death is common. The emotional power that is book holds makes it a necessary read for any book lover.

This book features the author’s personal experiences in midst of insurgency in the valley in early 90’s. The narrator gives a detailed account how a family is affected by the ongoing conflict and how people deal with their lives inspite of everything going on around them.

The book tells the stories of a young Kashmiri’s foray into militancy, a mother watching her son forced to hold a bomb and of politicians living in refurbished torture cells. It depicts villages where land is rigged with landmines leading to more tragedy.

Basharat delivers a spine tingling narration and heart wrenching tale of events which makes this book a must read for anyone wanting to understand Kashmir better.

In his first novel the now The Hindu Literary Prize winner, showcased a tremendous story which tugged at the heart strings of its readers.

The book features an nameless character living on the borders in Kashmir, who is made to identify bodies of militants killed by the Indian army and collect their ID cards.

It also deals with how it is live in a part of the world where they are viewed by nation’s government as an enemy and the rulers on the other side regard them as puppets.

The entire book is gripping and will hold the reader’s attention for the entirety. You won’t be able to put this one down once you pick it up.

Malik Sajad’s Munnu : ‘A Boy From Kashmir’ is a remarkable read in no less matter that it is Kashmir’s first graphic novel. The author depicts Kashmiri’s as Hanguls, an endangered species of deer in the valley and details the journey of a boy whose life revolves around his family and friends.

This book even covers the role of various stake holders in the valley, its history and what possibilities lie ahead.

Read this and you will have broader perspective of Kashmiri life and the issue of humanity at large.

An entry unlike other in the list Azra Mufti’s Shattered Dreams is in itself a unique story that covers issues we face as humans in a society. The story is of two Kashmiri girls Asma and Aiza, aspiring to be in civil service but face a challenge due to their mental illness and how the ongoing conflict affects the dreams and aspirations of many young people from Kashmir.

This piece of work deserves your attention as it will help you better understand the problems faced by the people who are mentally affected.