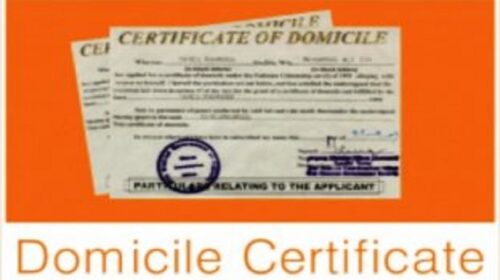 Jammu and Kashmir admin has extended the deadline to apply  for the domicile certificate by one year as Kashmiri Migrants give indifferent response for the scheme.

According to Indian Express, the J&K administration had announced the scheme on May 16, 2020, for the former residents who, or their ancestors, moved out of the erstwhile state years ago, provided they register with the Relief and Rehabilitation Commissioner (Migrants) at Jammu.

The domicile certificate offer was announced with a deadline of one year, however, it failed to attract the migrants. Now, the UT administration has extended the deadline till May 15, 2022.

The office of the Relief and Rehabilitation Commissioner has also decided to hold special camps to accept applications at places where a minimum of 50 such families are residing. One such camp was held in Delhi around a fortnight ago.

Even in the national capital, the scheme received a lukewarm response from Kashmiri Pandits.

“Of the nearly 25,000 unregistered Kashmiri Pandit families estimated to have settled in Delhi prior to 1989, only 3,000 turned up to take application forms, 806 of whom were registered and issued domicile certificates on the spot,” Indian Express quoted an official as saying.

The applications of the remaining 2,200 families along with supporting documents, such as proof of their residence in the UT, were being brought to Jammu for further action, said Relief Commissioner (Migrants) Ashok Pandita.