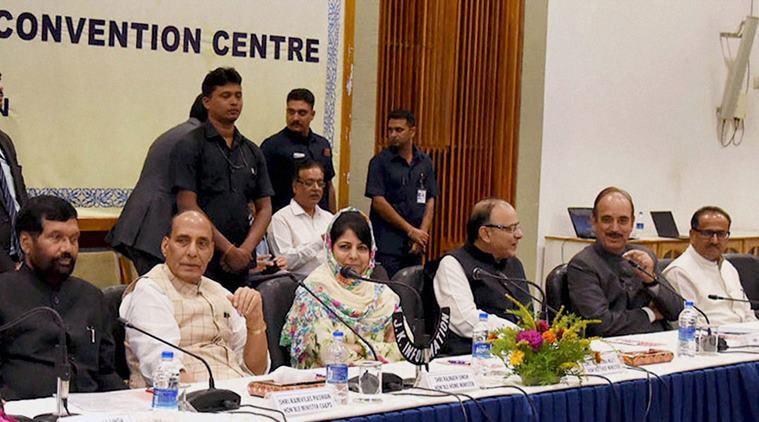 Hurriyat leaders SAS Geelani and Mirwaiz Umar Farooq on Sunday refused to meet a group of the all-party delegation, who arrived in Srinagar to hold meetings with all the stakeholders in the state.

The Bharatiya Janata Party (BJP) on Monday said that the Hurriyat leaders would be isolated if they did not participate in the peace process of Kashmir by holding talks with the all-party delegation as all other parties would collaborate on the issue.

“The Indian Government wants that all parties and stakeholders should come together and hold discussions, but if Geelaniji (Syed Ali Shah Geelani) feels that he should not talk, he could do what he feels is suitable. But, he will clearly be pushed to the corner because all parties are going to unite on the Kashmir issue,” BJP spokesperson Shaina NC told reporters. She said the all-party delegation is a positive indication and a hand sent out by the Indian Government to push for peace in the Valley.

Hurriyat leaders SAS Geelani and Mirwaiz Umar Farooq on Sunday refused to meet a group of the all-party delegation, who arrived in Srinagar to hold meetings with all the stakeholders in the state. However, Jammu Kashmir Liberation Front chief Yasin Malik met with the delegation.

The separatists had on Sunday rejected Jammu and Kashmir Chief Minister Mehbooba Mufti’s invitation for talks with the all-party delegation. During the first day of its visit, Union Home Minister Rajnath Singh-led delegation met about 200 members in about 30 delegations from various sections of society and listened to their point of view to reach a common solution to the current scenario in Jammu and Kashmir.

The Home Minister chaired the meeting of an all-party delegation which was attended by Jammu and Kashmir Chief Minister Mehbooba Mufti. During the meeting, a detailed presentation was given by the state government highlighting various issues related to the current scenario in Jammu and Kashmir.

It was emphasized that a clear roadmap needs to be drawn with a focus on the way forward. It was also stressed upon that the recommendations of Working Groups and Parliamentary delegations need to be considered. While interacting with the delegation, Mehbooba said that Kashmir is a common issue of national interest and should not be viewed as a political issue.

All the parties agreed to this fact and emphasised that steps need to be taken to restore normalcy and peace in Kashmir at the earliest. The all-party delegation also met the representatives of various political parties. Various political parties expressed their concern over the injuries to civilians due to the use of pellet guns.

The Union Home Minister said that government is already working on the alternatives to pellet guns such as PAVA shells. The all-party delegation will visit Jammu on Tuesday after meeting different civil society delegations in Srinagar in the morning.