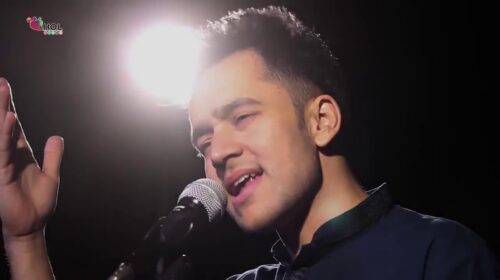 In a land where Sufi music and poetry is held in high regard, Waqar Khan has carved a place of his own, with his soulful voice melting hearts all over the country.

In a short span of time he has grown to be one of valley’s most talented singers and built up a dedicated fan base.
Born in Karnah, Kupwara district of Jammu and Kashmir, Waqar had an inherent talent for singing which led to him performing at various state level competitions which he duly won.

After being part of ‘ethno India’ an international workshop on music, he has only gone from glory to glory, singing and recording numerous hit songs, some of them being popular hits of legendary Sufi singer Nusrat Fateh Ali Khan.

Apart from singing in Kashmiri and Urdu Waqar has also sung in Pahari, his local language.
His first hit “Kali Kali Zulfoo” led to the rise in his stardom (the video has 11million views so far). His YouTube success has led to many more memorable songs and albums for which his fans wait with bated breath.

Hits such as ‘Dil-e-Umeed’, ‘Tussi Nikka Nikka Hasde Ho’ and ‘Maayi Chani’ to name a few have made people fall in love with his blissful voice.

A humble and mellow presence, Waqar Khan has brought a mesmerizing touch to the Sufi music scene in Kashmir. We hope and wish that he will continue on this journey and keep us enthralled with his voice.