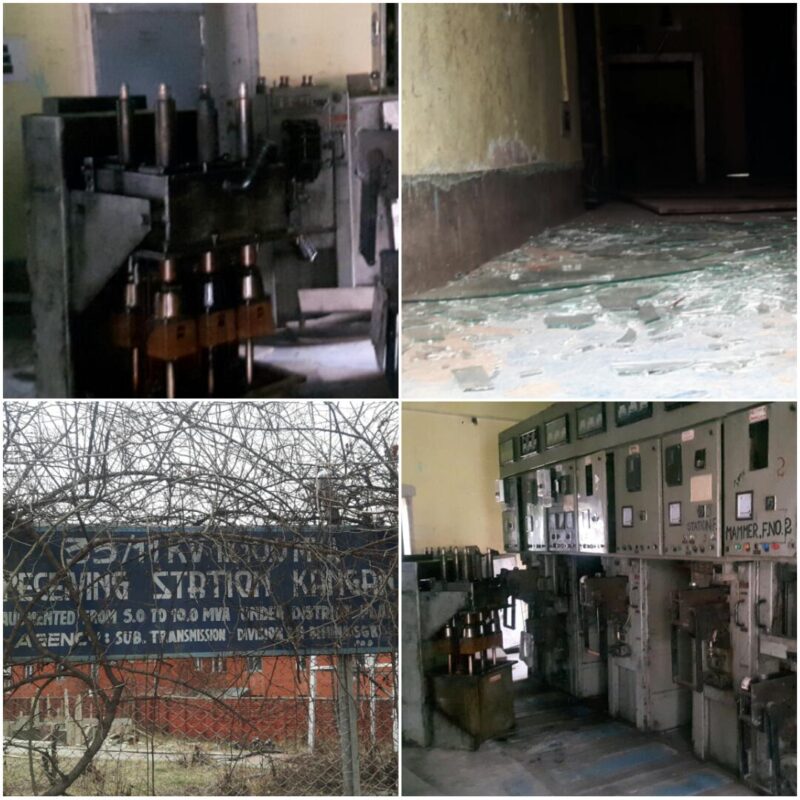 Kangan During the intervening night of 8/9.3.18 the main breaker of 10MVA receiving station near SDM office kangan blasted at 11.30P.m resulting major loss to the station.However during the electric blast no loss of life was reported all the night duty empolyees are safe.
The said receiving station is supplying electricity to trauma hospital kangan and 4 dozen villages of the kangan tehsil ,all the villages are without electricity since then.
The breaker of the said receiving station was faulty and in this regard many times gulisthan news raised the issue and contacted the concerned officers of STD Ganderbal for replacement or repairs of the main breakers but nothing was done by them on ground,this is the only negligence of STD Ganderbal which causes a major loss to the said Receiving station.

Today at about 10.30am our team reached there but there were only the night empolyees no JE,AEE or any other officer bothered to visit the spot and access the damages caused during the night.