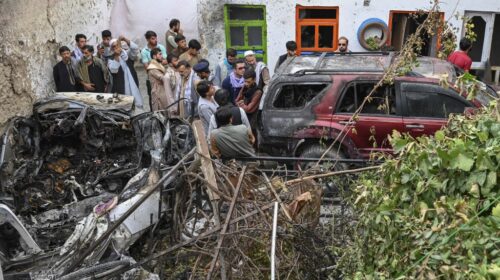 Pentagon has acknowledged it’s mistake in carrying out a drone in Kabul that killed 10 civilians including children.

General Frank McKenzie, the head of the US Central Command said on Friday that it was “unlikely” that those killed were associated with the Islamic State in Khorasan Province, ISKP (ISIS-K), as originally claimed by the US military.

“Having thoroughly reviewed the findings of the investigation and the supporting analysis by interagency partners, I am now convinced that as many as 10 civilians, including up to seven children, were tragically killed in that strike,” McKenzie said.

The US general offered “profound condolences” to the families of the victims, stressing that the attack was taken with the “earnest belief” that it would prevent an imminent attack on the airport where American forces were evacuating people.

“It was a mistake, and I offer my sincere apology,” McKenzie said. “As a combatant commander, I am fully responsible for this strike and this tragic outcome.”

US Secretary of Defense Lloyd Austin offered condolences for the attack’s victims on Friday and announced a “thorough review” of the investigation into the attack that will also consider the need to alter “strike authorities, procedures and processes” in the future.

“We apologize, and we will endeavour to learn from this horrible mistake,” Austin said in a statement.