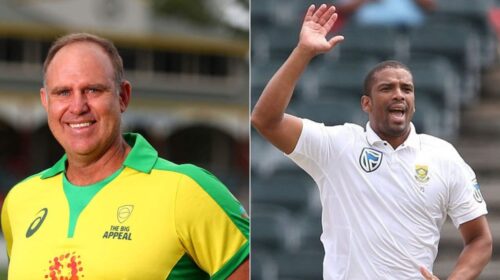 Hayden and Philander will be taking over from the pair of Misbah ul Haq and Waqar Younis, who resigned from their posts one month ahead of the tournament.

Speaking on Hayden, Raja said: “The Australian can bring some aggression into the team. He has experience of World Cups and was a world-class player himself. Having an Australian in the dressing room will be of great benefit for us.”

On Philander he said, “I know him well, he understands the nuances of bowling and he has a great record in Australia.”

The development of adding Hayden and Philander to the Pakistan thinktank comes after the sudden resignations of Misbah and Waqar one month ahead of the T20 World Cup. Last week, the PCB announced that Misbah and Waqar have resigned and that former Pakistan Test players, Saqlain Mushtaq and Abdul Razzaq would be interim coaches for the time being.