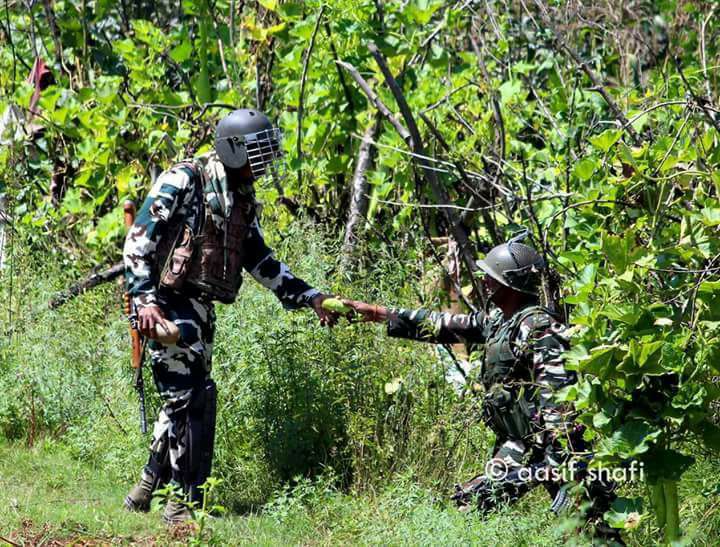 Well, farming plays an important role in the Economy of Kashmir and it is a fact farmers in Kashmir are affected by the forces at very high scale. Half of the production of Fruits and vegetables are being consumed in the Camps without paying any costs. “Army Men Stealing Fruits and Vegetables Shows a Kind of Character Indian Army have” Said a Local.

These Men in uniform are dangerous not only for our lives but also for our livelihood . You may have seen it by yourself. Who is going to compensate the farmers for the loss they are doing. See the picture where an army men is passing the cucumber to another men. I have seen this type of scenarios many times.