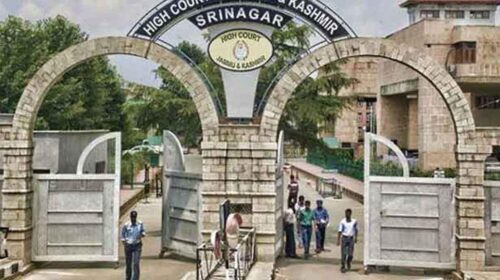 The High Court of J&K and Ladakh dismissed a PIL seeking special quota for Kashmiri Pandits in colleges.

The court held that the issue has to be dealt with at the government level.

The PIL was filed by ‘Kashmiri Pandit Sangarash Samiti’ which had sought intervention for taking appropriate action on the two representations it had made to Ministry of Human Resources Development, government of India regarding the special quota.

A division bench of Chief justice Pankaj Mithal and Justice Vinod Chaterji Koul said: “ The requests as made in the representation in the first instance has to be dealt with at the level of the government and it is not appropriate for the court to examine the justification of the same at this juncture”.

The Court disposed of the petition with the direction to J&K’s Chief Secretary to consider the grievance of the petitioner as raised in the two representations in accordance with law most expeditiously.

“It will be open to the petitioner to submit a comprehensive representation highlighting all their grievances, if they so desire, within a period of two weeks from today and it will be open for the Chief Secretary to consider the same as directed” Court said.

The PIL filed in 2019 by ‘Kashmiri Pandit Sangarash Samiti’, an association of Kashmiri Pandits though its president had sought directions to the government to take appropriate action on the representations dated 09.04.2018 and 01.03.2019 they had submitted to the Government of India.

Apart from other things through the representations, the Samiti wanted a special quota to be provided to the Kashmiri Migrants Pandits and to those Pandits living in Kashmir Valley in professional colleges across the country.

It also wanted necessary instructions be issued to the concerned institutions, colleges, universities so that deserving candidates may get the benefit of the said policy.

A further prayer made in the representation was to grant certain concessions and facilities to the Kashmiri Migrants and those living in the Kashmir Valley.