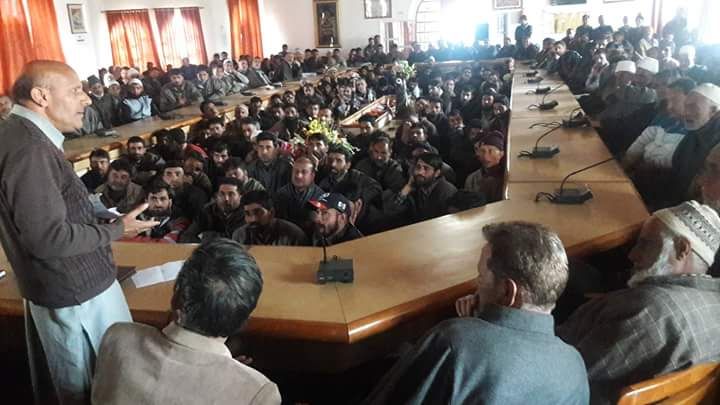 Jitat Engineer Rashid, head of the Public Alliance Party and Member Assembly, expressed his concern over the suicide attack of two military personnel during the last two days in Gaur and Lalu, saying that these unfortunate incidents have mental strain of the deployed troops in Kashmir. Addressing a gathering here today, Engineer Rashid said that such incidents should open their eyes that those who create hatred drive out anxiety on their lives. He said that to understand these people It should be that soldiers wearing uniforms are also humans, and they are not events around us They can not be cut nor can they remain in the influence of their environment. Junior Rashid said that the incidents of self-determination should be understood from the incidents of personal life of soldiers and other forces personnel. They have been affected by the conditions surrounding them. He said that such incidents have not come in front of the first time, but even before many military officers have also taken up an end to self-determination.

He said That should not forget the fact that Major Avaraj Singh, who is considered to be more and more (known) nationalists, who did not have human rights The mother worker Advocate Jailal Inner was killed. He said that it is clear from Major Avar’s suicide that sooner or bad man feels his fault and despite the protection of dirty and black like Ephesians, he himself Imagine sinful in the court of conscience.

Junior Rashid added further that the soldier or any other uniform, he never speaks of his heart due to his professional obligations, but there are many people in the army or other forces. Those who feel thousands of miles away from their homes feel themselves pressured by the burden of the killing of innocents in Kashmir. Sometimes they also express their expression in the village of remote village, during duty, when they are injured with people. He said that instead of taking up the suicide attacks, the relatives considered the nature of the opportunity, human life And especially for the mothers’ pain, the problem should be resolved and the problem should be resolved. He said that this problem is being solved by decades and there is a reason for unity of human life, while demanding time To stop this connection.