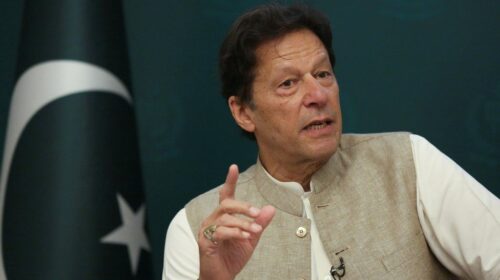 Ahead of local polls, Imran Khan addressed a rally in Kashmir Bagh, in which he attacked PM Modi and RSS. The Pakistan PM called himself ‘brand ambassador’ of Kashmiris.

He asserted Indian government was naive to assume Pakistani stance would be indifferent following the revocation of the special status of Kashmir on August 5.

They thought it would be like how it was in the past as Nawaz Sharif’s government did nothing to deter Indian brutality meted out in Kashmir, PM Imran Khan said.

Khan claimed that the “BJP and RSS ideology posed the biggest threat to India itself because it (ideology) did not target the Muslims alone, but also the Sikhs, Christians and scheduled castes, whom it did not consider as equal citizens.”

Quoting from the Quran, Pakistan PM said ” Allah mentions in Qur’an that with every difficulty comes ease, this is the promise of Allah to believers and this is good tidings for the people of Kashmir. He also said that the people of Pakistan stand with Kashmir.